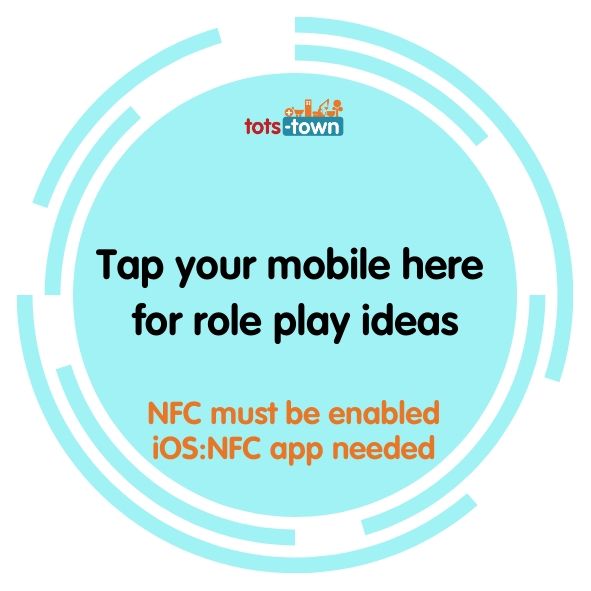 Parents love taking pictures of their children role playing at Tots Town. But what if you could use a mobile device to spark an extra bit of role play inspiration magic, or help you out if stuck for ideas on how to use a play setting? Tots Town is leading the way for role play centres and has introduced their Tap and Play Inspiration System!

We’ve seen a lot of role play over the years, from spacemen exploring igloos, to undercover detectives investigating a shortage of vegetables in the supermarket. So to supplement everyone’s own imagination, and with the help of a creative writing team, we’ve produced some lovely extra role play ideas for visitors to use.

How does the system work?

The system works with most modern Android phones which have contactless payment technology (called NFC in a phone’s settings).   For iphone users, most phones have the right technology but older models may need a 3rd party App which reads NFC tags.

Here’s a video of it in action.

Want to open a role play centre with the same system? Get in contact with us; we would love to have a friendly chat and find out more about each other.